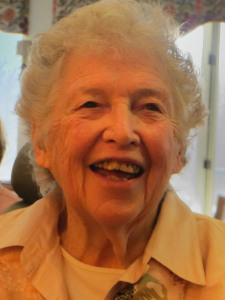 Ask Betty Aptaker about her “Easing conflict in the home” session at our Peace Conference at Pennswood Village last month and she remarks first how much she enjoyed the additional expertise participants brought. One has written a book on child abuse, another was a social worker. Of course, anyone who’s flipped through our resident biographies can tell you what a fascinating and accomplished community we share!

October is Domestic Violence Awareness month and with recent high-profile incidents in the news, we’d like to take the opportunity to feature Betty and another resident—Nancy Morrill—who have invested decades of career and volunteer efforts to advocate for women.

Betty got involved in the 1970s when the issue of battered women wasn’t talked about, and there were few programs available. Inspiration was high and the need was great. Thanks to dedicated volunteers, groups formed and soon there was a statewide coalition and a national one. She recounts legislation first passed in New York and Pennsylvania that removed abusers from the home for up to 90 days. “This was revolutionary at the time. Police officers weren’t thrilled about it. It’s possible that some of the police officers and judges were also battering their wives. When a man is put out of his home, it can serve as incentive for him to see something as being wrong; that there’s something he might want to change.”

After five years, and with a team of volunteers, Betty founded Laurel House women’s shelter in Montgomery County. Women received critical support and the message: “You don’t deserve to be treated this way.” Things began to change when women would tell their abusers: If you want me to come home, the beatings have to stop. And to leave again if they don’t. 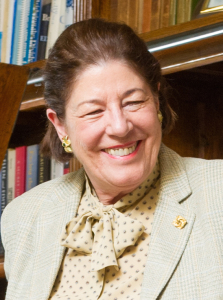 Nancy Morrill was a NGO delegate to the UN’s first International Women’s Conference in 1975 in Mexico City, representing the World Association of Girl Guides & Girl Scouts, and she hasn’t slowed down since! She worked as the Washington lobbyist for Girl Scouts of the USA, later serving on their national board. Recruited by the Department of Health, Education, and Welfare (now known as the Department of Health and Human Services) to serve as Special Assistant to the Secretary of the Department, she worked with more than 450 outside interest groups. A client at the consulting firm she later started founded Women’s World Banking, a program that set up access to credit for women in a new model we now call microlending.

When she moved to Bucks County 37 years ago, Nancy became involved as a volunteer for non-profits and the County, ultimately leading to her establishment of the Bucks County Women’s Fund, which raised money and made grants according to predetermined goals for women and girls. Twenty-five years later, seeing a clear need for more advocacy with Federal, State and local officials, she helped to found the Bucks County Women’s Advocacy Coalition, made up of 34 organizations and more than 100 partners speaking with one voice about the systemic changes needed in order for women and their families to become economically self-sufficient. Both Betty and Nancy are quick to point out that while Bucks County is often considered affluent, there are serious family needs in all income levels. Nancy says: “domestic violence covers all economic strata” and people are struggling, even living in cars but pretending things are OK to keep their dignity.

Nancy shares that some days she’s optimistic about the future, others not. The press too often sensationalizes incidents without covering solutions. On the other hand, she’s happy to see school programs promoting self-worth and anti-bullying. It’s important for women and men to feel valued in selves, family, and community.

The community has to provide support and a safe place if survivors have to leave their homes. It’s important to involve men, too (sometimes they’re the ones being abused). Programs help with the need to see things in a different light, so the abuser doesn’t continue to solve issues using violence and can find help to heal his/her own hurt. Nancy applauds A Woman’s Place and Network of Victim Assistance (NOVA) for the important work they’re doing in Bucks County.

Betty’s happy to see that Laurel House has grown tremendously, and that it is now working closely with police and hospitals. And she’s encouraged by success stories of women who move on, go back to school, and get good jobs. She described a drawing made by a 10-year-old boy showing him with tears streaming down his face and reading “I love my mom and I love Laurel House.”

Helping others is core to Pennswood’s Quaker-directed mission and it’s important to us that residents can participate in service and can share the valuable resource of its residents in dialogue and work with the community at large.