This Above All, to Thine Own Self Be True! One Resident’s Passion Becomes A Much-Loved Regular Event 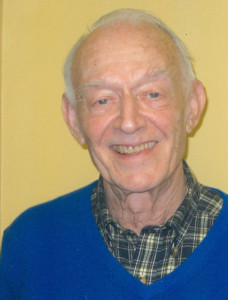 At Pennswood Village, many residents gather every other Tuesday for a thought provoking Shakespeare session led by Pennswood resident John Silver. When John came to Pennswood about 3 years ago, he knew there wasn’t a Shakespeare organization, so he decided to start one, along with two other residents, Elizabeth Huberman and Claire Ludlow. Because John was not quite a resident when the sessions began, Elizabeth and Claire’s contribution was essential. The first session, held in January of 2012 brought in about 12 residents, and since then, the sessions have grown to accommodate anywhere from 35 to 50 residents.

Each week prior to the session, John places an announcement in the Pennswood Bulletin so residents know which play to brush up on.

During the Shakespeare sessions, John leads the group of residents through a particular play, often with handouts, so everyone has a thorough understanding of the plot. After the run-through, John points out important, exceptionally meaningful, or particularly beautiful passages for further discussion.

While many residents have read Shakespeare’s plays, John believes it can sometimes be difficult to understand them without seeing them performed, as they were designed.

“In Shakespeare’s time, no one read the plays except for the actors; people watched it,” says John. He believes, as many do, that watching the plays, instead of reading them, is a better way to truly experience Shakespeare’s work. Therefore, the group often views multiple film versions and then discusses the different interpretations portrayed in each film. 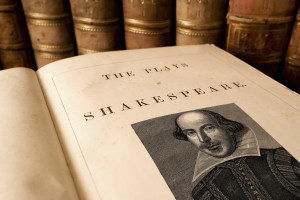 John, previously an English teacher and a financial consultant, hasn’t always been a Shakespeare enthusiast. He didn’t find his passion for Shakespeare until his retirement, when he attended a Shakespeare course at Princeton University. He went back to school to study literature, with a focus on Shakespeare, and at the age of 79, he earned his degree from The College of New Jersey.

“The Shakespeare bug had gotten me,” said John.

Participants agree – the best part about the Shakespeare sessions is the discussion that follows the film screening or play reading. Led by John, who enjoys asking tough questions that really get residents thinking, the engaging discussions quickly turn thought provoking. Residents with diverse backgrounds, perspectives, and ideas talk about the many possible interpretations of Shakespeare’s work at length, often leading to spirited debate.

“I challenge their thinking and I enjoy that very much,” John says. “I ask a lot of questions and get a lot of people talking.”

This passionate spirit exhibited by John is one hallmark of Pennswood residents. If you don’t see the program you’re passionate about, create it! You’ll be surprised at how many others happily share your passions here at Pennswood.