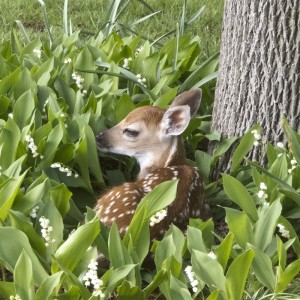 In March, the theme was “Thrifty is Nifty.” Residents were encouraged to purchase used clothes and household items rather than buying new. After providing trips to nearby thrift shops, the Project hosted Pennswood’s first ever “Sit-Down Fashion Show,” so residents could flaunt their finery, complete with tags showing how much they had paid for various pieces of clothing.

In June, the Project began an effort to reduce the amount of plastic bag usage on campus. Residents were encouraged to use cloth bags, baskets, and reused plastic bags. Three ‘Great Bag Giveaways’ were held. At these events, more than 65 bags donated by residents who had extras were re-distributed to residents and staff who had none. Over three months, the community reduced bag usage from more than 2,000 bags a month to just over 1,000 bags. The committee also worked on reducing plastic foam cup usage.

Other behavior changes included bringing reusable containers to restaurants for leftovers, giving gifts of experiences instead of things that would eventually end up in a landfill, using energy efficient light bulbs, and eating less meat.

Nine resident committees and six administrative entities were involved during the year.

While “The Art of Living Lightly” was certainly not Pennswood’s first effort in going green, it gave everyone at this senior living community many opportunities to learn about the threats to our environment and to take steps to make a difference.

For more information on environmental efforts at Pennswood Village, give us a call today at 866-740-4977.