A Night at the Movies! 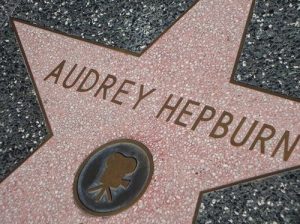 “Everything I learned, I learned from the movies,” iconic movie star, Audrey Hepburn once said.

Movies are a widely popular form of entertainment at Pennswood Village, and the Film Committee strongly believes in Hepburn’s sentiment. Movies are a wonderful way to impart meaning to the mundane, evoke emotion, and teach us valuable lessons, as well as to simply provide entertainment. This belief in the importance of film and celebrating different types of cinema forms the backbone of what the Pennswood Village Film Committee aims to achieve with every film they project.

Every week, three times a week, you will find a movie playing in Penn Hall. Fridays are typically family film nights, Saturday nights are for more mature, complex films, and Monday nights feature a more diverse showing of special interest films ranging from black and white classics, to musicals and cutting-edge documentaries.

With three films shown a week, you’re sure to find many that interest you. In fact, in his three years as Chair of the Film Committee, Jon Harding has shown over 400 films! Some of the most recent films shown have been: Evita; The BFG; Fat, Sick and Almost Dead; Sully; and Finding Dory.

“We conducted a survey in 2013 to determine the interests of the Pennswood community,” says Jon Harding, Chair of the Film Committee, “but the results were varied. Some said they liked newer films, but the other half said they liked classical films. Most of the respondents said that their favorite films were classics and award winning films. So we took the data we collected and came up with a system where we show a diverse range of genres, while still highlighting the films that have widespread acclaim.”

The selection process for films shown at Pennswood first begins with a review process where members of the Film Committee watch the films suggested by members of the community, and report back to the group on whether the film should be further reviewed, or if it should be approved and scheduled to be shown. If you don’t see a specific film listed that you’d like to see on the big screen, simply submit a suggestion to the committee. Any resident can submit a suggestion.

“Every recommendation is given a fair chance and will be reviewed and responded to,” explains Jon.

The Film Committee also works closely with other groups at Pennswood Village, such as the Environmental Committee and Diversity Committee to show documentaries. When a group presents a suggestion to the Film Committee, it is reviewed and responded to like any other film recommendation. If the Film Committee finds that the documentary would be of greater interest to a broader audience, they will show it as part of their schedule and will promote the showing. However, if the film is of a niche interest, the Film Committee will simply help the group set up their viewing and make sure it runs smoothly.

“Our movie nights often have a good turnout,” says Jon. “People have a lot of opinions about films, so we get a lot of criticism and applause, but that’s the beauty of movies!” As for Jon, his favorite film is The Guns of Navarone.

You can see what films are next on the schedule in the most recent Pennswood Village bulletin. Films are shown Fridays, Saturdays, and Mondays at 7 p.m. in Penn Hall.

For more information about movie nights and other activities at Pennswood Village, please give us a call today at 866-740-4977.