November 15, 2017. Newtown, PA–Pennswood Village residents, staff, and administrations have sparked action and are making waves, starting in their own community and spreading outward, in hopes of a more just world.

The community held a “Seeking Justice Conference” on November 9—a daylong event that was open to Pennswood residents, staff and invited guests—that explored a wide range of social justice topics that are currently plaguing the United States, in hopes of arming participants with the tools to combat them.

“The idea came from our Diversity Committee, because diversity is so closely tied up with justice,” says Liz Serkin, a Pennswood resident who helped organize the event.

The day opened with a keynote address by Lawrence Hamm of People’s Organization For Progress, followed by morning workshops, a World Café Lunch focusing on the topic of justice, and then afternoon workshops.

“The keynote address had people literally in tears,” said Serkin. “What happened is that [the keynote speech] set the tone for the rest of the conference. Here’s the situation, and here’s what we must do.”

Sessions included Mental Health in the Criminal Justice System, Tools for Interrupting Bigotry, Social Impact Through Music, and Seeking Justice for Native American Peoples, among many others. The conference closed with a special “Drumming for Justice” participatory percussion event with Gabriel Globus-Hoenich and Rogerio Boccato.

“Staff, administrators, and residents were all making this beautiful concert together. It summed up what the conference was about: working together to create something beautiful,” adds Serkin. 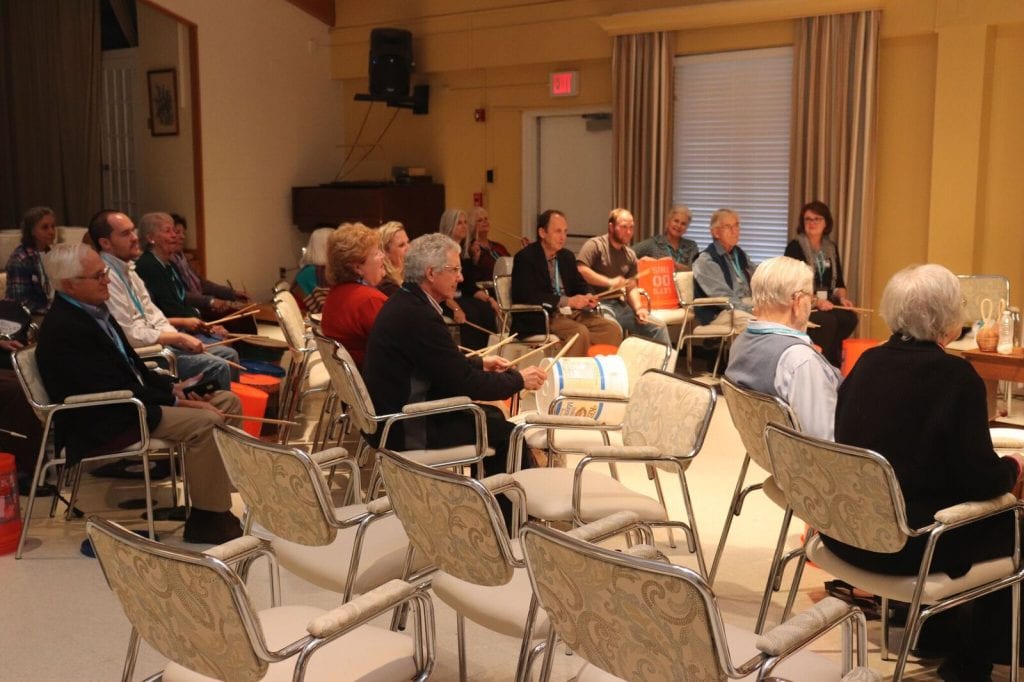 The conference was dedicated to the memory of Leon Bass, a resident of Pennswood Village and a lifelong educator, author, speaker and agent of nonviolent social change.

“People are still talking about it,” says Serkin. “It does not have a beginning and an end, we’re talking about what we do next.”